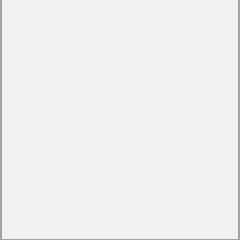 The day we received a call and our baby found us…..

It was the last snow storm of the year, Saturday March 8, 2008, around 3pm the phone rang. John went to pick up the phone and the caller ID showed Adoption STAR. He said, “Why would Adoption STAR be calling us on a Saturday?” I proceeded to answer the phone and our caseworker Sarah asked if we would be interested in hearing about a birth that took place locally and a birth mother had chosen us from our on-line profile. Of course, I wanted to hear more…

Sarah continued to tell me that the birth mother had given birth this morning and that the mother and baby were doing very well. She told me the history of the birth mother, her family and the father. She then asked if we were still interested?

My mind was spinning a mile a minute. I wasn’t comprehending everything she was telling me… I asked her to hold on a minute and told John to get to the other phone “IT WAS FINALLY HAPPENING” we have a baby!!! I then asked Sarah to repeat everything again so John could listen to what she was saying.

The baby was born at 7:15am. Very healthy 7lbs 8oz, 21 1/2 inches long, brown hair, the cutest square chin with long hands and feet. At this point we still didn’t know if it was a boy or a girl? I asked her if she would tell us the gender and she said it was a boy are we still interested? Of course, we both said without hesitation. It didn’t matter as long as he was healthy.

We were thrilled. We just couldn’t believe it. Sarah said she would call us back later and “Go ahead and start getting things ready your baby will be coming home tomorrow or Monday.” We could start telling our immediate families as she was the birth mother was going to surrender her rights later that day.

We met in the kitchen shaking and in shock, just looking at each other not believing this was finally happening after 13 long months of waiting… we were about to become parents. We decided to call our mothers first with the good new then the rest of the family.

I didn’t have many baby items as I wanted to wait until our baby came to us so my mother and sisters went out in the snow storm to shop. What fun we had.

Sarah called us back later to say that the birth mother was going to sign the surrender papers tomorrow and asked us if we had a name chosen so that she could get the paperwork started for us to pick up our baby on Monday morning. We told her his name was going to be Alexander William after our fathers.

We received the call from Sarah at 8:30 Monday morning for us to met her at the agency at 10 am to get the paperwork finalized and then she would go pick up Alex and bring him back to the agency. The hospital called around noon to inform us that we would be able to go to the hospital and pick up our son. I was trembling… so nervous to met our son for the first time. He was absolutely beautiful, just like Sarah described him.

Our journey as a new family had just begun…..