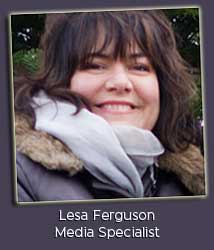 Our Media Specialist Lesa Ferguson is working with other staff members to write an ongoing blog series about the process to adoption. This series will focus on the steps. With each step into an adoption journey, prospective adoptive parents often find that they meet up with someone who will, hopefully, help and support them to move forward. In this series, Lesa shares the story of her family’s adoption journey and then the staff member who worked with her will describe in general about that particular part of the process. As an introduction, here is how Lesa and her husband Dave came to choose Adoption STAR.

I was again lying on a gurney in the Emergency Room, rolled over on my side, knees pulled to my chest, begging for more pain medication when my husband leaned over me and said, “We’re done with this.”

I was having my seventh miscarriage.

Later in the day, I woke up on a Recovery Room bed with the drug Pitocin pumping into my arm, more cramping, pain, insult and defeat. A Pitocin drip is meant to induce labor, to produce contractions that bring forth a baby. I called the nurse and she discontinued the IV.

My fertility doctor discharged me with the instructions: You got your miracle child. Go home and enjoy him.

Dave and I were done with infertility, its treatments and ignominy, its pain and disappointment. We got lucky once. We had our four year old son. Time to move on with our lives. And, we had a happy, relaxed life, diapers and sleepless nights behind us; we counted our blessings every day.

But the desire for a second child never went away, the longing pressed on me and Dave. It seemed to follow me. We’d be driving in the car and that one empty seat in the back haunted me. If one of Sam’s friends or cousins accompanied us and the seat was filled, I felt more complete. The dinner table was a land mine as well. We comprised an odd number. Shouldn’t three really be four? Four was the magic number. It was as if my life were a bridge game that required a fourth. My feelings weren’t as agonizing as my fear of never becoming a mother had been but they were persistent and unyielding. With each birthday, more regret seeped in. But, the thought of another medical procedure made me withdraw and admit defeat.

In the meantime, my mother kept repeating herself: Why not look into adoption? You can adopt infants even in the US of A. It was on 60 Minutes.

Dave and I were out for date night at an Asian restaurant. After the dumplings, my husband said casually, I think it’s time we adopt.

I knew from talking to other families that adoption would be the paperwork version of infertility minus the physical pain but with the stress and heartbreak. We would be back to trying to making a baby out of thin air.

I don’t want it to sound like the decision to adopt came easily and in unison. Dave and I suffered through an on-going debate for years. Our dialogue ran like an endless pros and cons list. Neither of us was strictly pro or strictly con but whenever one of us brought up a pro, the other had a con at the ready. Adoption had reached a perpetual stalemate until that night in the restaurant. And, I’m not sure how we got there.

On my con list was my fear that I could never love another child like I loved Sam. I have since learned that this fear is common among biological as well as adoptive mothers of a first-born. The love of the first-born seems so surprising and monumental, one’s sure it can’t be replicated. The whole idea of loving another being the way I loved Sam seemed incomprehensible. I worried that adoption would make me less of a parent, I would have less of a bond with my child. Biology helps but we wouldn’t have biology on our side with adoption. Dave, ever ready with the pro side said, Mary is not Max’s biological mother. Do you think she loves him any less than Margaret does?

Margaret and Mary were a couple and with their son Max (Sam’s age) were good friends of ours. Max is Margaret’s biological son. At the time of his birth, Mary was required by NYS law to adopt him (the laws for gay couples have since changed).

Mary being less of a loving mother? A ridiculous thought for me to even consider.

I thought of the adoption stories I already knew about and I had to jog my memory. My best friend is adopted. I met a friend of hers who had adopted a Chinese baby. Mary and Max, and another lesbian couple we know from church had to go through the same process. Adoption was a non-issue for these people, seamless, just another facet of their lives and mine. In everyday life, I didn’t give it much thought. Until now. Now, every adoption story was under review.

Of course, the first person who we told was my mom. How could we not? I worried that we might get a call from Leslie Stahl any day.

After my mom, Mary was the second person we told of our decision to adopt.

We didn’t tell Mary because she made the pro-list. I told Mary because, of all my friends, she is as persistent as I am but far more practical and without the emotional tumult. She is an investigative reporter; her realm is reality. She assesses any given situation, analyzes the important data and then moves in a steady and continuous direction forward until she attains her goal. She would never go negative or critical. She would ask one concrete question after another until I either saw the impracticality of my ideas or a very sensible plan on how to proceed would evolve. I trusted her for this.

I wondered what kind of questions she would have for me: are both of you committed to this? Do you know what the process entails? Walk me through it. What does Sam think? Is money an issue? All questions I would be asking myself.

But she surprised me. Her immediate response was: What a good idea!! And her only question: What agency did you choose?

And when we told her we hadn’t gotten that far, she told us about Adoption STAR. Several of her friends and coworkers had adopted through Adoption STAR and they only had good things to say. Later on in our adoption journey, Mary would be one of our three references. She has taught me how to keep walking forward into the future, steadily. And the next day, I walked into Adoption STAR’s office.

© Adoption STAR blog, 2013. Unauthorized use and/or duplication of this material without express and written permission from this blog’s author and/or owner is strictly prohibited. Excerpts and links may be used, provided that full and clear credit is given to the Adoption STAR Blog with appropriate and specific direction to the original content.

How to Overcome Infertility And Prepare for the Adoption Process

Infertility can be difficult to talk about. If you are currently struggling to get pregnant, you and your partner may be feeling frustrated about being unable to create the family you want. You may also be feeling isolated if it seems like others around you aren’t experiencing the same challenges that you’ve faced when trying […]

Agency staff learn more about the importance of reframing and positive thinking. Tuesdays are staff meeting days at Adoption STAR, and today’s meeting included a training on the concept of reframing (a way of viewing and experiencing events, ideas, concepts and emotions to find more positive alternatives). Shannon Boeheim (Adoptive Parent Social Worker and Family […]