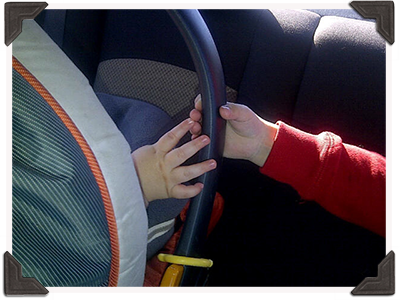 As an adoptive mommy who went through years of infertility (in my previous life!), I am always getting phone calls from friends, strangers, a friend of a cousin who has a neighbor and works with someone that wants some advice…you get the gist. If you have adopted, you understand that we are sometimes the poster people for walking others through the journey to becoming a family. It’s an honor I don’t take lightly.

While I was driving to Costco today, a very dear friend called. She was borderline hysterical but I could tell she was trying to talk herself out a significant meltdown. She and I have been friends for 11 years and she and her hubby just celebrated their 13th wedding anniversary. She is radiant, funny, loyal and kind. She also happens to be very risk adverse.

To IVF, specifically. But she and her husband decided to go for it. In vitro fertilization is no joke. It’s a full out, totally expensive, souped up chemistry experiment that hopefully ends in a baby. Or triplets. Or nothing except a bill. It’s a process that gives you WAY too much information about your body’s fertility, of lack thereof. Who really wants to know how many egg follicles they have at any given time? And I think I’d have been okay if I didn’t know the intimate details of my husbands sperm morphology, or have a vaginal ultrasound every two to three days during the process. But that’s all the fun of IVF. You also get to stab yourself in the gut every night and shoot about $275 worth of meds into it…10 days in a row. That’s a blast. And if the bruises from the needles don’t get you pumped up, the total lack of emotional control will really put you over the edge. The best part? They want about $10-$15K. Cash. Now. Awesome.

That’s about where my sweet friend was when she called. And her eggs weren’t developing right, she hardly has any mature ones at all and the doctor wants to know if she wanted to call the whole thing off. I tried to do more listening than talking (it was hard) and empathize. She said she didn’t know if it was going to work, if it didn’t, they didn’t know what they would do next, and the worst part was that she just became an aunt (very very very impossible situation when you want a baby so bad, have tried for years and everyone around you is celebrating a new arrival…you want to run and hide, that sounds hideous to say, but it’s quite true).

After letting her get it all out, I told her that when we went through fertility, I always thought my worst case scenario was going to be adoption. If IVF didn’t work, then hubby and I were “going to have to be stuck adopting.” Actual words used. No joke. Then I came up to a stoplight, turned my head to check on the kids, and I see this picture. My “worst case” scenarios were holding hands. And Worst Case Scenario Number One was telling me how he was so “happy he gets to protect his baby sister” And Worst Case Scenario Number Two just stuck out her chubby little yummy hand for him to hold.

I hung up with her realizing once again that my Worst Case Scenarios are literally the Best Gifts God Has Ever Given Me.

Read More from and about Our STAR Families:

© Adoption STAR blog, 2013. Unauthorized use and/or duplication of this material without express and written permission from this blog’s author and/or owner is strictly prohibited. Excerpts and links may be used, provided that full and clear credit is given to the Adoption STAR Blog with appropriate and specific direction to the original content.

This is written by a birth mom, Meagan.  I am SO thankful for open adoption and the family I’ve been able to build with the adoptive parents of my daughter.  I found out I was pregnant in April of 2018 and after careful consideration of all our options, TJ and I decided adoption would be […]

It’s National Foster Care Month, which means that we need to do everything we can to pay MORE notice to the thousands upon thousands of kids who are trapped in the foster care system. In the United States, there are over 400,000 children who are in foster care. The goal of foster care is temporary […]